The left one was made be me and the right one by Lina Khesina. 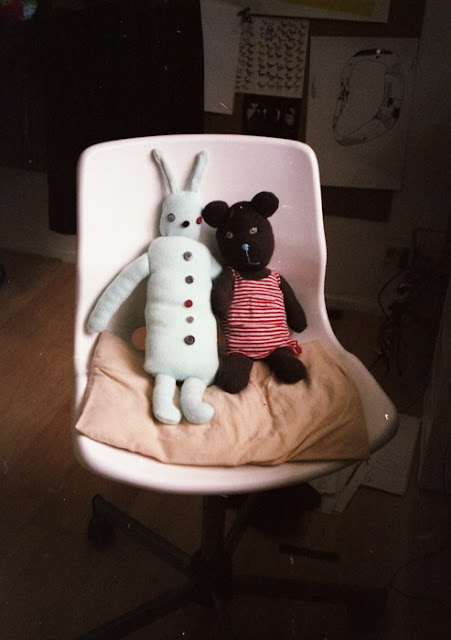 Email ThisBlogThis!Share to TwitterShare to FacebookShare to Pinterest
÷ toys plus

Uh, there were not so many news from me but last weeks and especially days of production were so hard that I couldn't think of anything but finishing my film before the deadline. In fact I made final export just 3 hours before school screening.

Anyway, I won't tell you more now because I hope to show it later when I find the way to put it on my personal website as due to the school politics I can't upload it on any website in internet except mine.

This was my clumsy excuse and here is the real reason I'm writing this post — 1 minute claymation film I made in march during Piotr Dumala's workshop. The aim was to makea short film under the camera (what means to animate it directly)  in groups in a one week. The theme was Gourmandise.

Our group of 3 students decided to try as many things as possible, so finally we came up to idea to make 3 films. Still we had just one camera and 5 days, so there were even less time and each of us had 1 day for animating what was awfully stressfull .

To be honest, I don't like the result I got. But I still think, I need to put it here because failed film is still the film that gave me nice experience for embarking future projects. Each animated frame counts.

For those who are curious there are some making-of photos.

First 2 days I spent at the table mixing colours (I even managed to make grey though I didn't have black plasticine) and cooking hamburgers. The idea was found in 10 minutes and the rough storyboard was drawn even faster. Actually I should have spent more time on thinking. 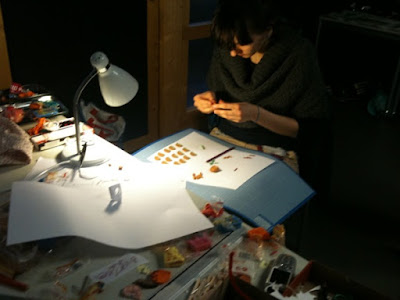 On wednesday I arrived at 8 in the morning and with the help of Armelle I set up the light and my freshly fresh character. I started to animate about 10 a.m. 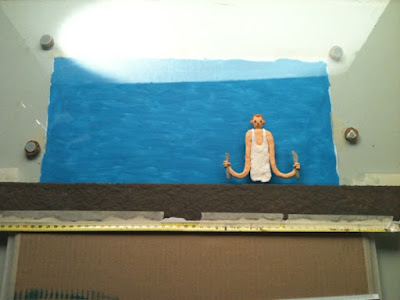