It's little bit easier to work hard with some chocolate, so last november I decided to make chocolate calendars for my classmates. 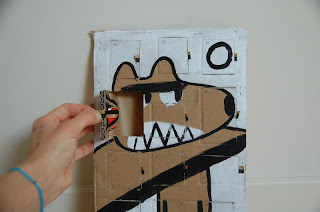 I never made them before, so the first one was for me. Just to try how it works. I bought sweets in supermarket and cut cardboard box I had brought a while ago for I don't remember what. 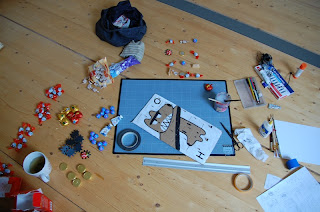 I wanted to make little cardboard boxes for each sweet but I found an easier and better way - just to stick them with paper tape and then to cover a backside with a piece of paper. 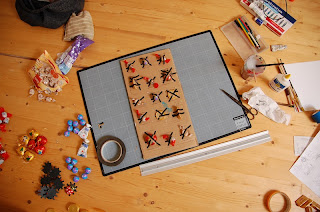 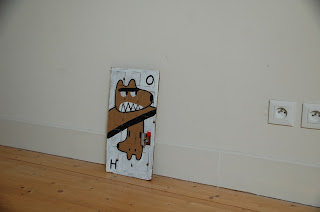 It turned well and the rest was made using the same algorythm: chocolate, cardboard and 3 colours — white, black and pink. Each calendar had illustration that was somehow connected with the storylines of films we were working on.

At home after busy week-end: 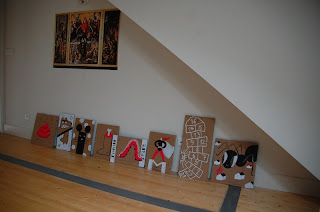 And few hours later, at school: 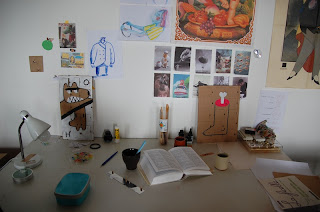 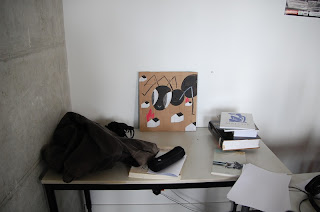 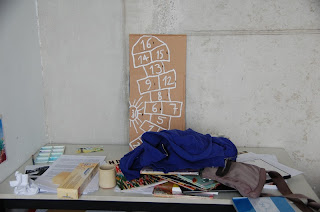 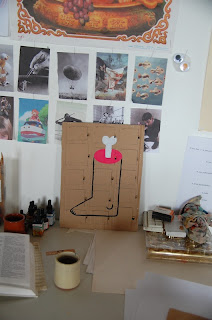 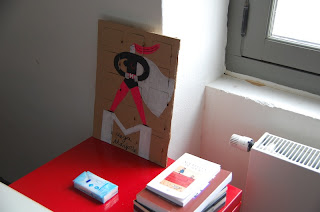 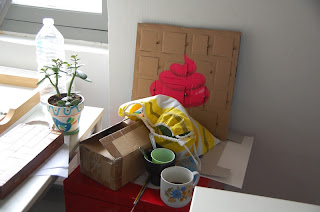 Email ThisBlogThis!Share to TwitterShare to FacebookShare to Pinterest
÷ la poudriere, toys plus